This DIY Lego table is an affordable project using a simple IKEA table. It also has pull out storage bins for Lego organization. Kids will love it! 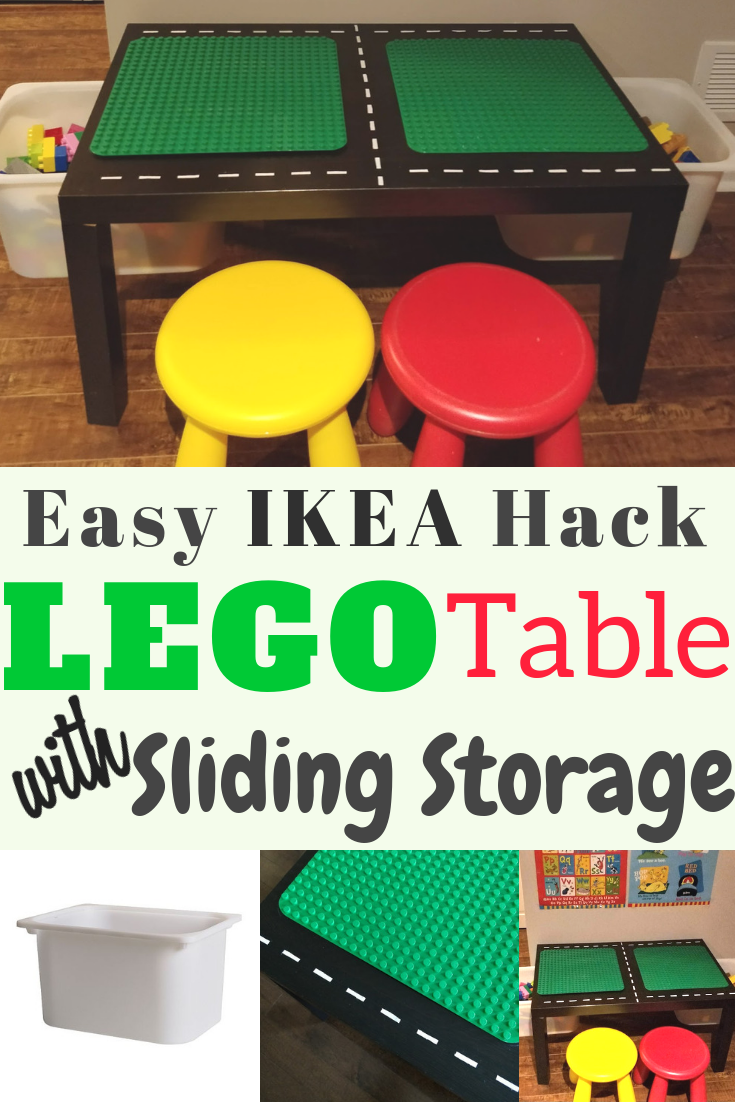 If you’ve ever watched a child while they’re working on Lego, you know they take it pretty seriously – like serious [enjoyable] work! A Lego table will give them a dedicated place to create their masterpieces or safely leave them until their next session. You can spend a lot of money on buying one, or make your own DIY Lego table for way cheaper!

Which is why I’m guessing you’re here. And I will gladly show you!

I’m a step by step kind of girl, so I will guide you through creating this DIY Lego table in an easy to follow way – including pictures of the process.

The tutorial will also cover how to pick the right table and  how to create pull out Lego storage drawers. The storage drawers not only neatly store Lego but also give kids quick access to their Lego pieces as they’re building. Here’s to no more stepping on Lego’s!

I’ll also show you how I created those road lines for some extra playing options- you’ll be surprised how easy it is, and no its not paint!

If you can’t get enough DIY Ikea hacks/furniture hacks, like me, check out some other of my projects:

How to Pick the Right Table

If you’re building a Lego table for more than one child, then having a longer table makes sense. That way there will be enough room for multiple children to work, with enough space.

I have 2 kids, so I chose to build it with the Ikea Lack Coffee table. The only thing I changed was I un-installed the bottom shelf, so that I could create my pull out storage drawers later. 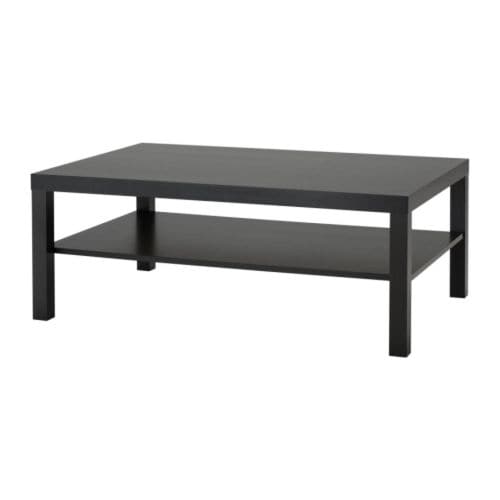 If you’re making this Lego table for one child or need something smaller for your space, than the following Ikea Lack Side Table might be better. It’s also more than half the price, so it’s a cheaper option. 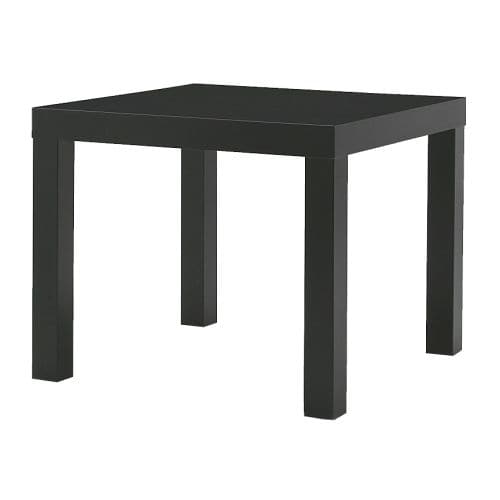 Another option is to find a comparable table at a garage sale or even find one used on Kijiji or Facebook Marketplace. You can set up some saved searches on both platforms. If you’re interested in learning how, drop a comment below or send me a message.

If you’re a part of a local Buy Nothing Group, then you can check to see if anyone is getting rid of anything similar to these tables. In that case, it will be free!

Where to Buy Lego Baseplates

If you’re not familiar with Lego Base Plates, they are flat solid “plates” that kids use as a starting base to make their Lego buildings or other creations. It’s the same stuff they use in the store bought Lego tables- but at a smaller scale. They usually come in a green color, although I’ve also seen them in grey, blue, red.

Most toy stores carry them. We bought ours online on amazon.

Wherever you get them from, you want to make sure you get the extra-large 15″ x15″ ones, so it fits the table better. There are different sizes of Lego base plates, so just beware. 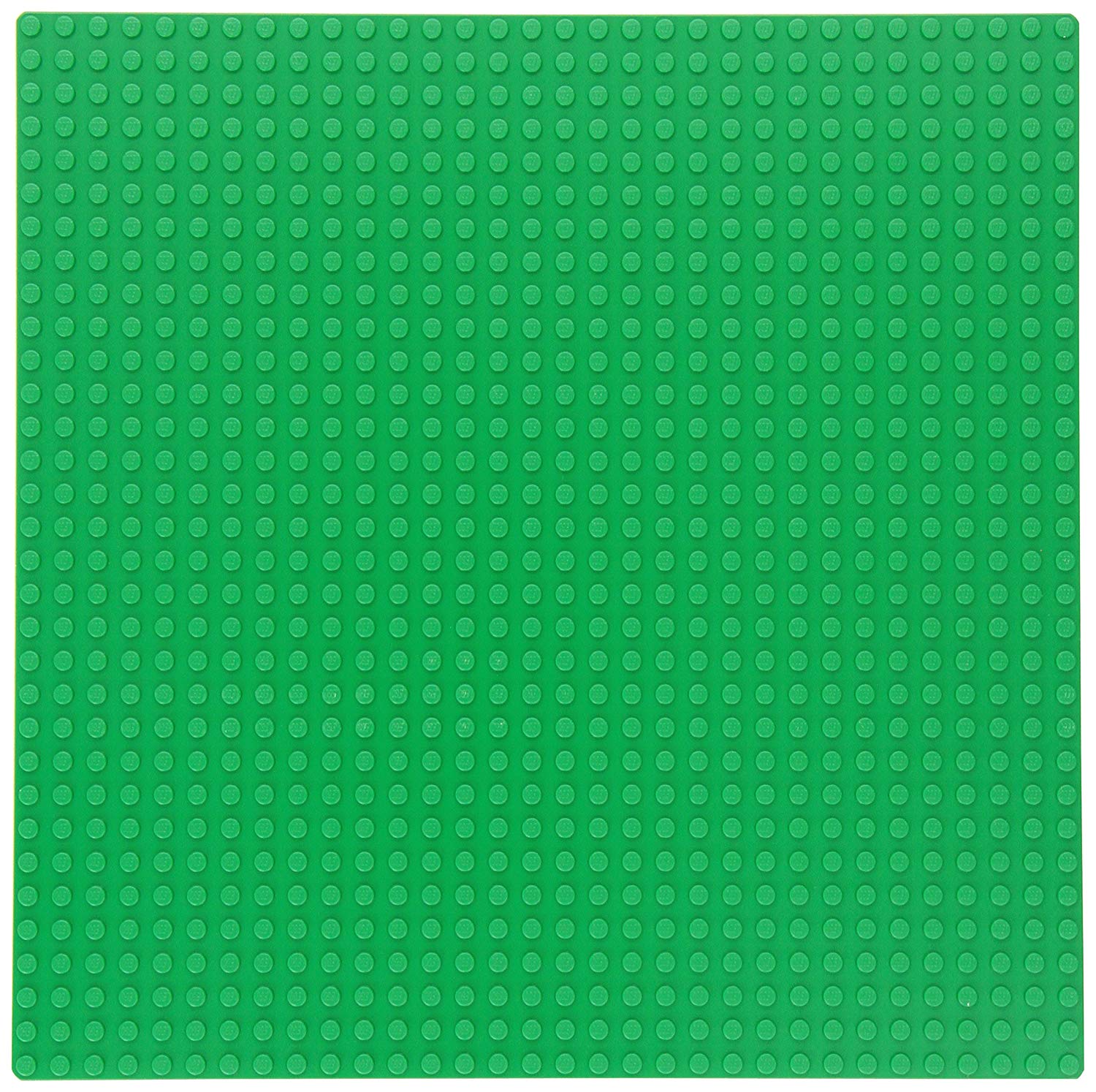 Materials for the Storage Bins

I used another popular and super cheap Ikea product to make the storage bins for this DIY Lego table. Trofast Storage bins – the extra large size. At $4 each, its a bargain.

I also used the replacement rails for the Trofast system, since these bins were designed to slide with them. I went to customer service and asked and they were happy enough to provide me some – spare parts section. 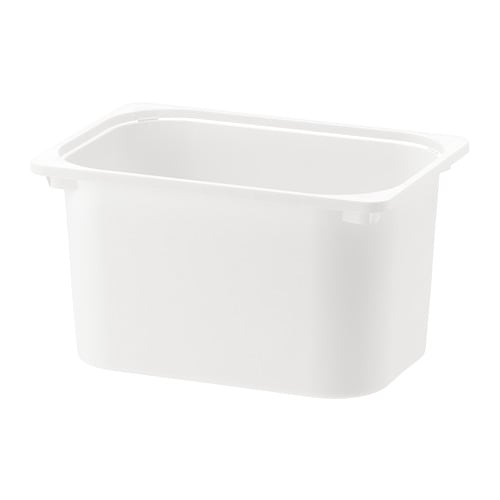 And as promised here’s my step by step guide on how to create this DIY Lego table with storage….happy creating 🙂 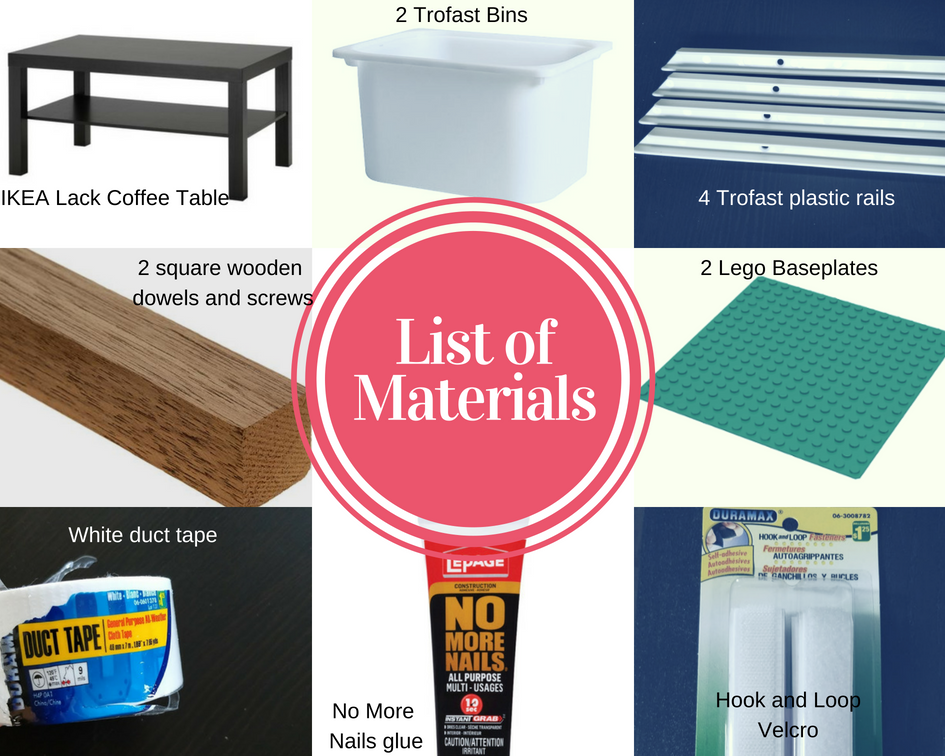 Build your table as per instructions. If your building the Ikea Lack coffee table, do not install the bottom shelf.

Once the table is built, flip it over on a flat surface.

We will now build the pull out storage bins. If you don’t want the storage bins, then skip to step 3.

Measure the distance your 2 dowels will need to be apart in order for the bin to smoothly slide.

Take your 2 wooden dowels and stick them  into their measured positions to the underside of the table. You can use No More Nails glue (or equivalent) and then using 3 screws on each dowel, screw into the table. Let the glue dry as indicated on the bottle.

Note: You might get away with directly gluing the rails straight to the table – without screwing them in. We have a lot of Lego and accessories that are heavy, so we decided to reinforce with some screws.

Next, screw the Trofast rails into the dowels 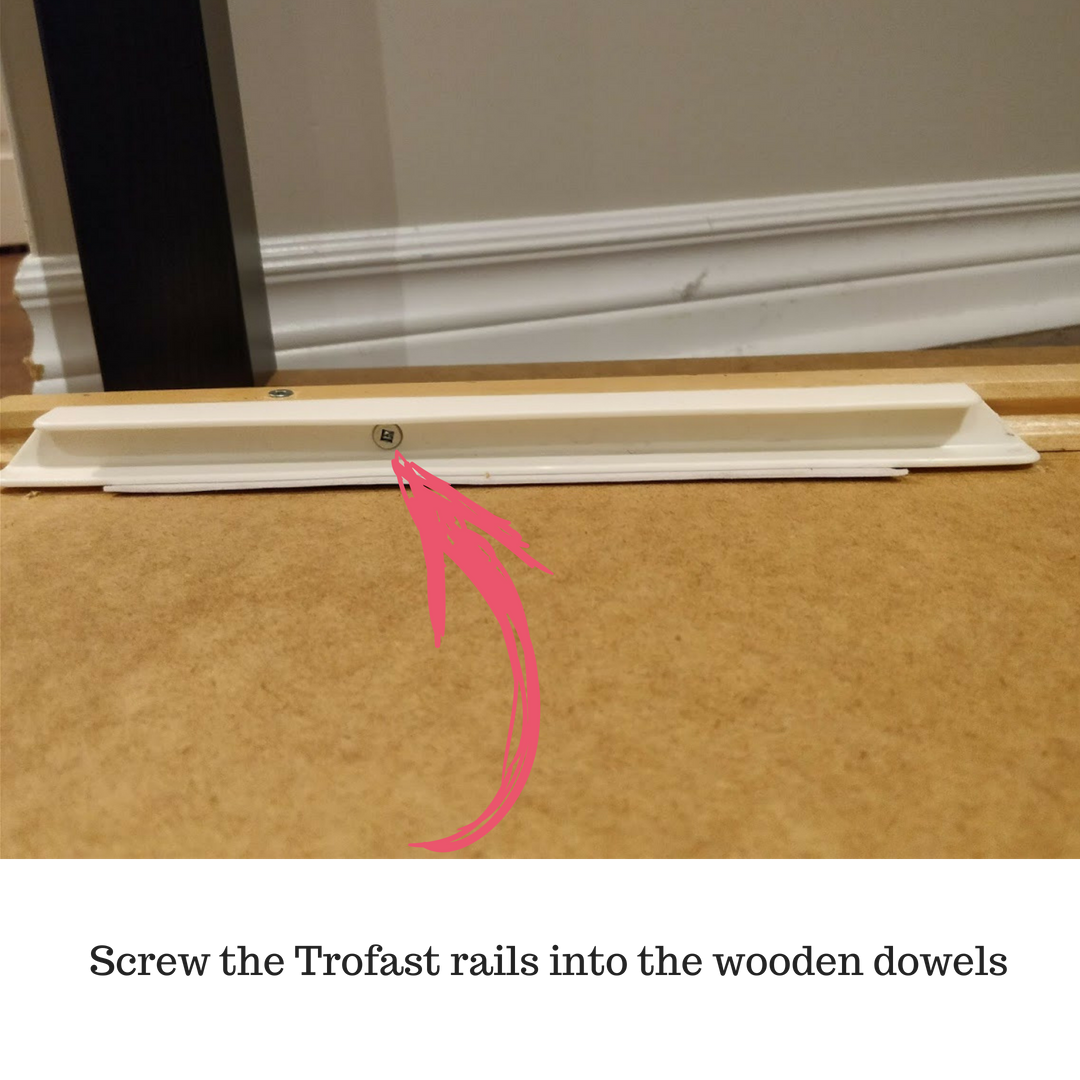 Once the glue is dried, flip the table and stand it on its legs. Take your Trofast bins and slide them into the rails you installed.  Your storage bins are now ready to store Lego in.

In order to stick the Lego base plates to the table top, you will need some sort of adhesive.

I used hook and loop self adhesive Velcro (Dollarstore), so that when they outgrow to the bigger Lego pieces, we can change the Lego base plates easily.

If you want a more permanent option, you can used glue or some strong double sided tape (the kind used for mounting picture frames to walls) 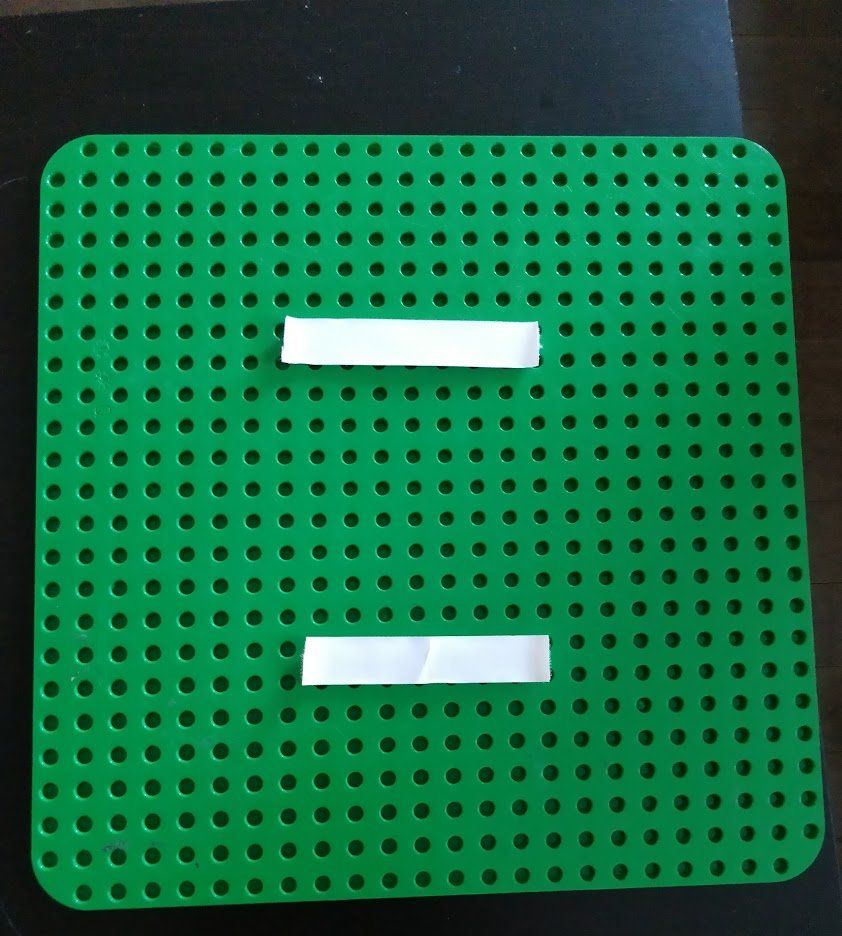 To make the white road marks on the table all you need is some white duct tape and some scissors! You can grab some tape from your local Dollarstore, that’s where I got mine.

I initially wanted to paint them on with white paint, but Ikea furniture is notorious for paint not adhering well too. Because most Ikea furniture have a laminate coating, paints will chip off very fast. There is a way to do it, but you will have to sand and prime it first. And that was way to much work, so I used white tape. 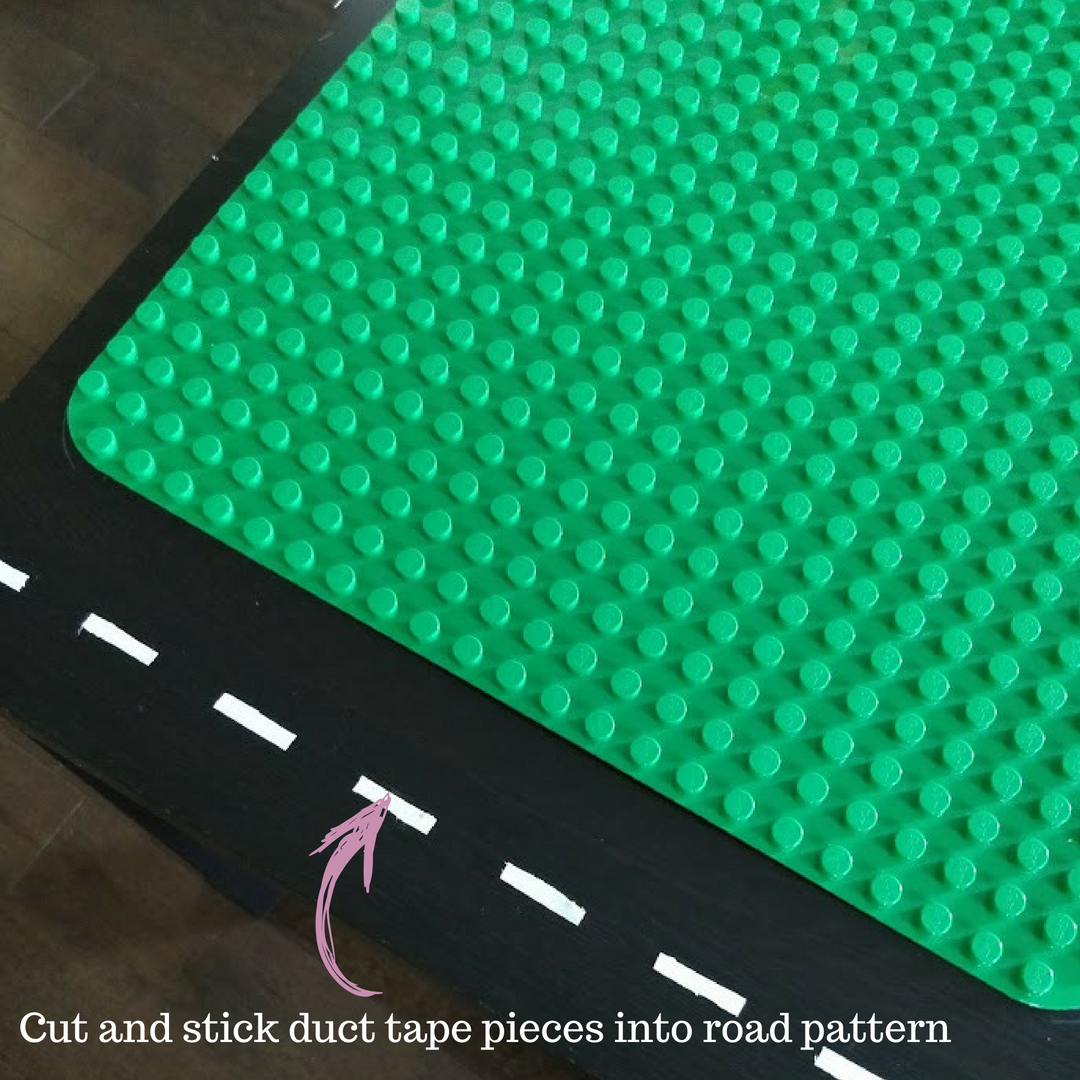 You’re done! I bet your kids will be super happy to see their brand new Lego table their awesome adult made them. Great work! I would love to hear about their reactions to your table in the comments below.

To sum it up, I hope you’ve learned everything you needed to know about hacking together your own Lego table- for cheap! From how to choose the right table, to where to buy Lego base plates and the nifty way to create those road lines.  I hope it helps you on your journey to Lego table land!

Until next time….stay Nifty! 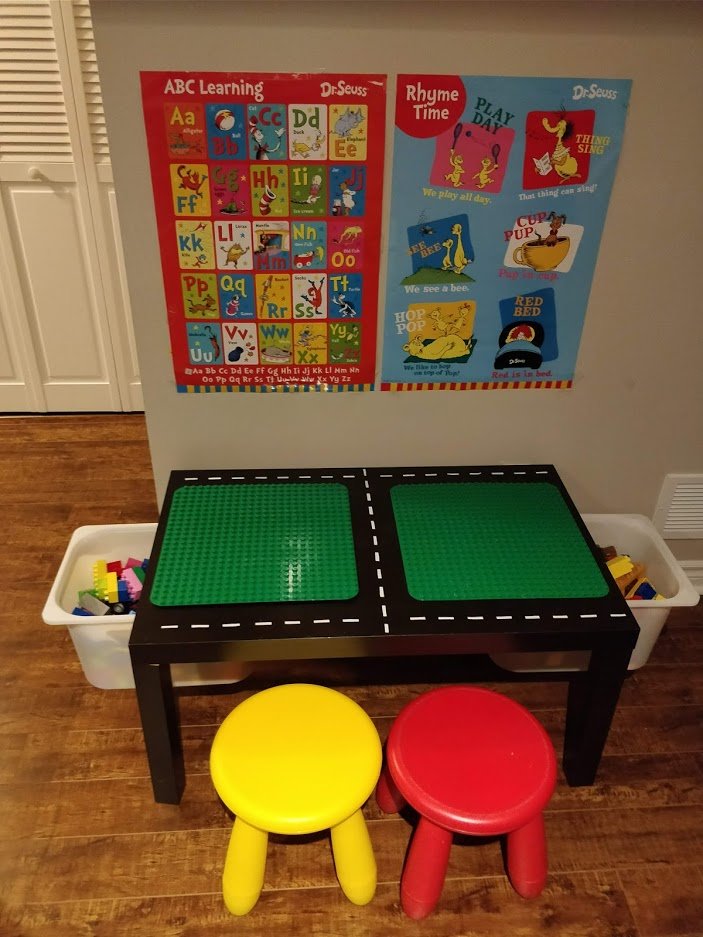 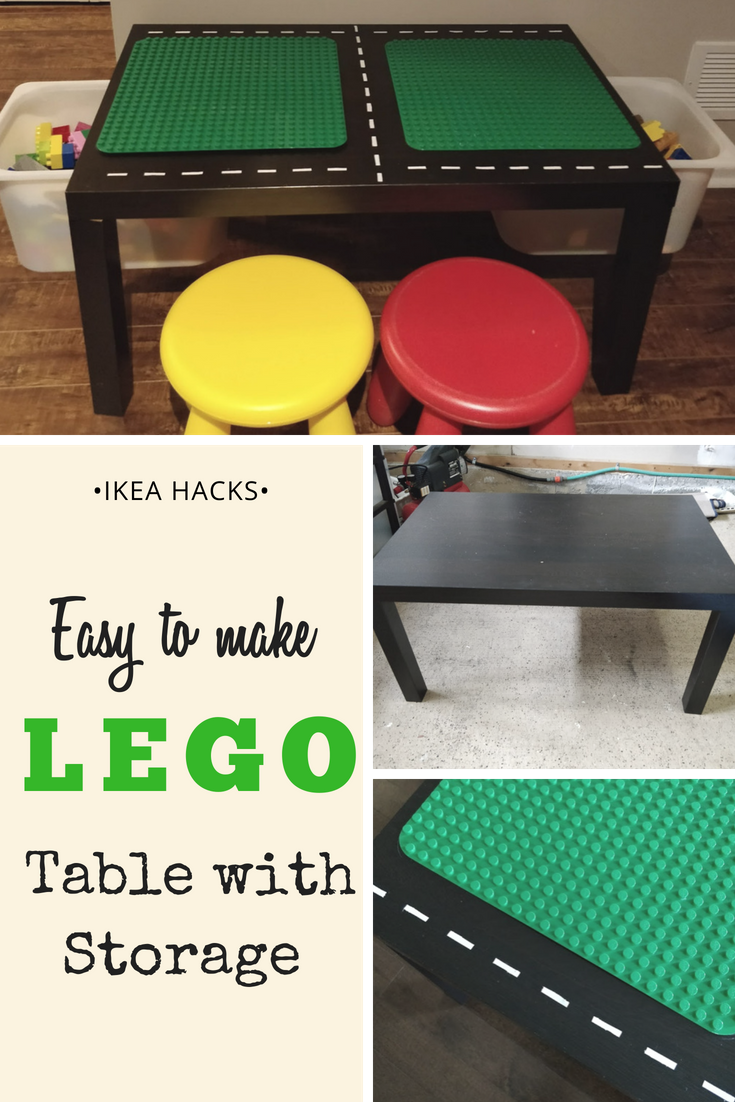 This site uses Akismet to reduce spam. Learn how your comment data is processed.

Hi! Love your diy LEGO table idea. Just wondering how much it cost to build everything yourself? Thanks for sharing!!

Thanks Helen!! In terms of cost, it cost me $20. I recieved the Ikea table for free off of a local Buy Nothing Group on Facebook, one of the Lego plates was used from Kijiji and the other I had to buy new. Hope that helps!

I am in the process of launching an e-liquid label and I was thinking about precisely where I may buy some vape store B2B Leads? I am currently trying to choose between The Eliquid Boutique (https://theeliquidboutique.co.uk) and WowItLoveItHaveIt (https://wowitloveithaveit.com). Both of these companies are out of my budget. Does anybody have any experience with these guys? Or would you say that it is far better to scrape my own sales leads? I have my eyes set on the Search Engine Scraper and Email Extractor by Creative Bear Tech but whilst this Scraper is incredibly powerful, it may be a bit difficult for a beginner like me. In any case, any help would be much appreciated:) My budget is very lean so I am trying to find the most affordable options. Also, do you have any suggestions for an eliquid brand?

Invite You to Review Our Product

Hi,   My name is Trish from the American Beauty Association.

I’m reaching out to you because we are looking for beauty enthusiasts like you to test product. Would you be willing to test the Mieoko Flat Top Brush?

Thanks for your time,

20 Awe-Inspiring Ikea Desk Hacks that are Affordable and Easy

This site uses Akismet to reduce spam. Learn how your comment data is processed.